Bearnairdine Beaumont was born in England. Since both of her parent were working in aviation, it seemed only logical for her to start a career as a stewardess. After 20 years of flying full of enthusiasm, she had to end her career prematurely as a consequence of Aerotoxic Syndrome. Her book “The Air I Breathe – It’s Classified” tells her story. The book can be ordered via this link to Amazon.com.

Below is the information that Amazon provides on their website about the author and the book. 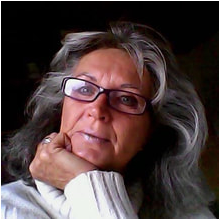 Born in England to an Irish mother and Swiss father, Bearnairdine Beaumont was destined to fly just like her parents and became an airline stewardess. Twenty years into her flying career she was medically retired due to workplace-related ill-health directly related to the air circulation of the airliners she flew in. Bearnairdine then emigrated from Germany to Ireland where she followed her life-long interest in naturopathy and herbal remedies, while at the same time researching and learning about the real background of her work-related health issues. Bearnairdine became specialised in chemical sensitivity, allergies and environmental health issues. An unexpected health relapse forced her to give up her successful health centre in Ireland and she now lives with her two loyal dogs in a secluded spot in the French-Swiss alpine mountain region. She offers her specialised health- and work-related services, experience and knowledge as a consultant and workshop facilitator to educate help-seeking aviators and airline passengers about the dangers they can encounter and how to lead a healthy lifestyle by avoiding known and unknown sources of toxins. Bearnairdine writes: “I wish I had the power to stop what is going on, sadly I haven’t. But I have the power of words and I will use it every day to inform as many people as possible about what is going on behind closed aircraft doors and warn as many people as I can and try and save them from such horrible ill-health as I and many others have experienced.”

The Air I Breathe – It’s Classified 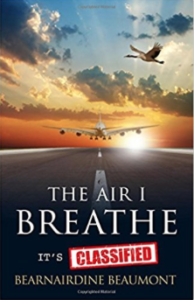 Did you know that you might inhale toxic air on board an aircraft? And that after inhaling this air you could become severely sick? Pungent smells like ‘smelly socks’ or ‘wet dogs’ can’t be attributed to cleanliness, but are the effect of toxic contamination and are the unpleasant fragrance of a mix of highly toxic compounds released into the cabin breathing air through the jet engines and on board spraying of pesticide chemicals. Anyone frequently flying, pregnant mothers-to-be, babies and small children, as well as the crews, are especially at risk of developing Aerotoxic Syndrome, which is a phrase coined by three scientists in 2000 to describe short- and long-term ill-health effects caused by breathing contaminated airliner cabin air. In instances that are becoming increasingly frequent, contaminants enter the cabin through the air-supply system. The danger, toxicity and neurotoxic properties of these compounds contained in the jet engine oils and fumes thereof, which attack the nervous system and the brain, has been known about since before the Second World War.The aviation industry is busy denying the existence of the problem and does its best to ignore the evidence of independent studies and the reports of thousands of victims. This book gives you a comprehensive overview and lots of information of how to help yourself, while taking you on a journey through her twenty-year, much loved, flying career and life events and ensuing ill-health. A true testimony by Bearnairdine Beaumont, a former senior inflight supervisor of a well known major airline.