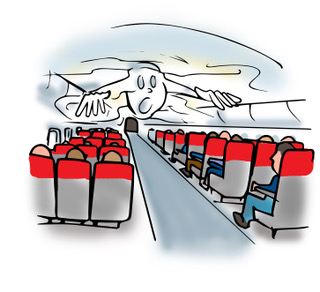 One of the goals of Stichting Fly Aware is to raise awareness, among crew members as well as frequent flyers and ground staff, in fact everyone who is regularly exposed to exhaust gases, oil fumes and other hazardous substances, such as hydraulic fluids in and around aircraft. It is vital for everyone to be aware of the health risks involved.

For decades, the risks involved with regular application of these toxic substances have been categorically denied by the aviation industry. Fume events were said to be extremely rare and cabin air contamination as a result of leaking engine oil seals and hydraulic fluids was said to be negligible. Only recently (2017), European Aviation Authority EASA even declared the air on board of aircraft to be “cleaner than in a Kindergarten”. Nothing could be further away from the truth, unfortunately…

Global Cabin Air Quality Executive (GCAQE) is a worldwide organisation, which fights for better cabin air quality and recognition of Aerotoxic Syndrome as an occupational disease. Her members consist mainly of unions for cockpit- and cabin crew and aviation technicians. The Dutch unions for cockpit and cabin crew (VNV and VNC)  and aviation technicians (NVLT) are unfortunately no members of this organisation yet. 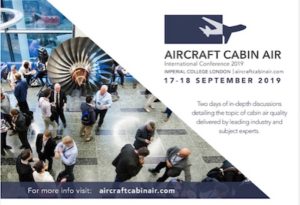 On 17 en 18 September, GCAQE organised the International  Cabin Air Conference in London, THE opportunity to be informed about the latest developments and views on these problems, in the technical- as well as the medical- and legal fields. Stichting Fly Aware was present there, as well as unions from around the world, and literally all our neighbouring countries were represented. Unfortunately the Dutch unions were not represented (again), a missed opportunity. Only positive exception was NVLT, the only Dutch union that was represented on this year’s conference.

In follow up on the conference, NVLT published an article on their website these days about the risks that Aircraft Maintenance Technicians are running while performing their duties. A clear signal of an increasing level of awareness of the health risks involved with organophosphates in the working environment.

Also among crew member, awareness and concerns are clearly rising. This results a.o. in a further increase of the number of reported fume events (although these are still often named “smell events”). In British Airways alone, in the period  of September-October 2019, 56 fume events weer reported (the vast majority on A320-series), several of these flights were forced to return, to divert or to perform precautionary/emergency landings, including full evacuations after landing. 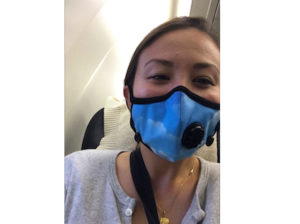 We also observe more and more crew members (as well as frequent flyers) find their way to Stichting Fly Aware for information and advice. Many of them purchase e.g. the Sky Mask, which is offered on our website, and carry it with them on every flight. A wise decision, after all your smoke hood is not always within direct reach and it will function no longer than 15-20 minutes…

Stichting Fly Aware is only too happy with this increased awareness. It is very important to take preventive measures for your own protection (like carrying your own face mask). Besides that, it is of paramount importance (and legally required!) to ensure the official reporting of every fume event, even when your cockpit crew does not consider this necessary, or simply refuses to do so! This is the only way to properly identify this problem and make sure that realistic figures become available on how often fume events really occur.

Finally it is important to urge your unions to finally take this problem serious. With the back up of reported fume events, they are after all the ones to demand proper measures be taken by the employers, such as installation of full flow bleed air filters and detection equipment on all passenger aircraft. These measures are essential to eventually guarantee a safe working environment and fresh air for everybody on board!

We wish you all many safe flights and happy landings!