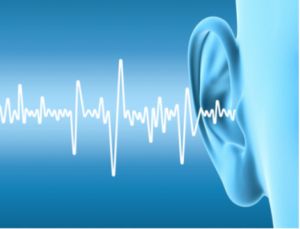 Certain chemicals can cause damage to hearing and balance. These are the so-called ototoxic substances, of which over 200 are known. These are mainly organic solvents, such as carbon disulfide, benzene, methanol, styrene, toluene, xylene, etc. But also carbon monoxide and heavy metals like arsenic, bromine, lead, manganese en mercury have ototoxic properties. Ototoxische substances prevail in particular in e.g. exhaust gases, oil vapours, cigarette smoke, plastic, paints and pesticides. And as such they are probably also partly responsible for the symptoms that occur with the Aerotoxic Syndrome.

Some medicine als contain ototoxic substances, and can therefore cause hearing loss, tinnitus of balance disorders. Some examples of medicine containing these substances are: antibiotics, chemotherapy, Ibuprofen, aspirin, diuretics. In particular for people using several different medicines, sometimes an adaptation to the prescribed medication can give considerable relief to or even completely remove symptoms like tinnitus.

It is well known that exposure to loud noise can also lead to hearing loss. These hearing problems however, are reinforced even further when exposed to ototoxic substances at the same time. Even if both the noise and the chemical exposure remain within recommended limits, the combination can still lead to extra damage. This can vary from temporary hearing loss, tinnitus or balance disorder, to serious, permanent damage. Also, the ototoxic substances may affect other hearing frequency ranges than the noise.

Exposure to chemical substances  and noise happen both at home and at work. Activities involving exposure to both chemicals and noise pose an extra risk. Consider in this respect: construction, firefighting, fuelling of aircraft, the metal industry, the oil industry. But for the frequent flyer, too, both contaminated air and noise can play a key role.