Subtle recognition of  Aerotoxic Syndrome by Central Court of Appeal 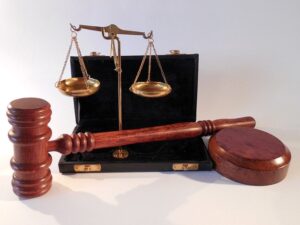 One of the many victims of Aerotoxic Syndrome is Evelyn van den Heuvel.
Evelyn used to work 100% (= 40 hours per week) as a flight attendant for Dutch airline company KLM. In 2013, Evelyn went on sick leave for numerous physical symptoms, including fatigue. These complaints were so serious that they made Evelyn incapacitated for work. After various medical examinations (including by the well-known neurologist G. Hageman) a “possible diagnosis” was established: Aerotoxic Syndrome.

Even after a prolonged period of sick leave, Evelyn was unable to return to her job, as the physical symptoms persisted. As a result, in April 2016, she visited the UWV (employee insurance agency), for an application under the Work and Income according Labour Capacity Act (wet WIA). The UWV Insurance doctor however judged Evelyn “fit to do her normal job”, and therefore not incapacitated for work. UWV therefore refused to assign Evelyn any WIA benefits. Evelyn objected against this decision  but this was declared unfounded by UWV in December 2016.
Evelyn however did not give up, and appealed in Court against the UWV decision. After a lengthy procedure, on 29 April 2021 the Central Court of Appeal (finally!) ruled in the matter. In the future this result might also be of interest for other Aerotoxic Syndrome victims.

Ruling of Court of Appeal

The Court recognises Evelyns health issues and ruled that she can do alternative work on no more than 3 days per week, with a maximum of 7 hours per day. This implies that she will qualify for (supplementary) WIA benefits. UWV was ordered to reassess her case based on this ruling, and to pay for Evelyns costs of appeal.
Although the Court did not explicitly recognise the Aerotoxic Syndrome as such, this ruling does describe Aerotoxic Syndrome as a serious possible cause of Evelyns physical issues. In our view this ruling marks an important step forward on the long road to full recognition of Aerotoxic Syndrome as an occupational disease!
Read the full Court Ruling via this link (Dutch), or the translated version via this link (English).

Dutch quality newspaper NRC on 21 June 2021 published no less than two articles about this Court Ruling:

Also the NOS News bulletin had an item about this subject on the same day:

And finally the same day there was a radio interview at 15:50 the program Blok & Toine with dr. Michel Mulder about this important Ruling. Listen to the broadcast via this link, scroll to the interview at 1:44 hr.

On 12 July 20221, regional TV station Rijnmond TV, in their program “Welkom bij Rijnmond”, brought an interview with Evelyn, where she (briefly) explained once again what the exposure to contaminated cabin air did to her. She ended up as another victim of the Aerotoxic Syndrome.