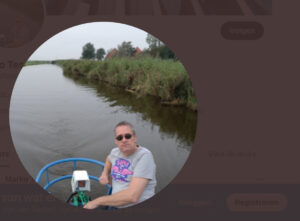 Marko Tesselaar worked for KLM as an Aircraft Maintenance Technician for 35 years. As a result of his activities for the NVLT Trade Union, he gained experience with internal consultation between the  union and KLM, as well as external official consultation. The acquired knowledge and experience make him a valuable contribution for  the Stichting Fly Aware Team.

Marko: “For years I’ve worked on those Airbuses and Boeings with great pleasure. Initially for three years in the maintenance hangar and after that on the platform. Aircraft were a hobby for me really. Ik traveled the world, worked with many customers, and lots of interesting projects, and occasionally it implied oil up to your elbows to fix a broken plane. In 2013, I developed numerous vague medical complaints en I was very tired. To be able to continue working full time, I started working part time in my job in KLM, and besides that part time  as a Health & Safety Rep. with the Union of  Aeronautical Engineers NVLT. This had always been a field of interest for me.

As I had frequently visited Africa, my medical examination initially focused on tropical diseases. After that I visited several other medical specialists, but unfortunately no diagnosis was found. When an ex-KLM purser told me about the Aerotoxic Syndrome, it became apparent what caused my issues, and this was confirmed by Neurologist dr. Hageman who recognised the symptoms. What followed was a long period of ups and downs, work adjustments, and finally a complete breakdown in 2020. This resulted in an abrupt ending of a career in aviation, and consequently also with the union.

In my function within the union NVLT, I took part in internal consultations with KLM, in the National Advisory Group Cabin Air of the Ministry of Infrastructure and Water Management I took part in the consultation about contaminated cabin air. In doing so, I acquired knowledge of the files that relate to this subject, and also got to know Stichting Fly Aware.

After leaving KLM, I decided to dedicate my energy to Stichting Fly Aware and  GCAQE (Global Cabin Air Quality Executive), to assist and advise them in the field of technique and scientific research. Considering my experience on the Aerotoxic Syndrome files, I consider this an opportunity to address this design flaw in aircraft and its serious consequences. Furthermore I’ll try and assist people as much as possible in their search for answers and medical issues as they unfortunately struggle for answers  far too aften, as I unfortunately experienced in person.”