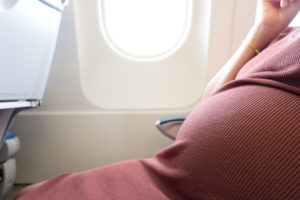 Exposure to chemicals during pregnancy can have drastically different results from person to person; some people may have no negative effects, others may have babies with congenital birth defects, and others may miscarry or suffer a stillbirth or neonatal death. In addition to maternal exposure, a father’s exposure to some chemicals may increase the risk of miscarriage also by increasing levels of chromosomal abnormalities in the sperm.

A 2006 analysis of past research found evidence that occupational exposures to these chemical agents could increase the risk of miscarriage:

There is one health issue as a result of chemical exposure that is now widely accepted in the medical world – its effect on child brain development.
According to a 2006 study from the Center on the Developing Child at Harvard University in Cambridge, MA, some toxic chemicals can interfere with the natural function of genes, proteins and other small molecules in the brain.

In 1993, a report from the National Research Council titled Pesticides in the Diets of Infants and Children first suggested that children, specifically the developing fetus, are significantly more sensitive to the toxic effects of chemicals than adults.

Numerous studies have supported this discovery. Last year, Medical News Today reported on a study from the Royal College of Obstetricians and Gynaecologists in the UK, suggesting that pregnant women need to be aware of unintentional chemical exposure, as it may impact the health of their unborn baby. (source©medicalnewstoday)
Autism Spectrum Disorder and Particulate Matter Air Pollution before, during, and after Pregnancy: Conclusions : Higher maternal exposure to PM2.5 during pregnancy, particularly the third trimester, was associated with greater odds of a child having ASD. A Nested Case–Control Analysis within the Nurses’ Health Study II Cohort

Birth Defects due to Harmful Chemicals

Potential Dangers Of Being Exposed To Air Pollution During Pregnancy

An infant’s brain, nervous system, and organs are still developing after birth.  When exposed, a baby’s immature liver and kidneys cannot remove pesticides from the body as well as an adult’s liver and kidneys.

According to Maricel Maffini, Ph.D., an environmental health consultant who was not involved with the study:  “…it offers more evidence that we should think about chemical exposure not just over our lifetimes, but across generations.”
When parents are exposed to chemicals, they can influence epigenetics, or the cues that turn genes on and off. These patterns can later influence how genes are passed on to offspring. (source ©healthline)

Fertility ProblemsIf you plan on starting or expanding a family, you may need to be careful with the air you breathe. Multiple studies have determined air pollution contributes to lower fertility rates in men and women. Some research also links air pollution to miscarriages. Several of the known substances in i.e. bleed-air fumes are endocrine disruptory! Constant low level exposure on board aircraft can have such an impact!