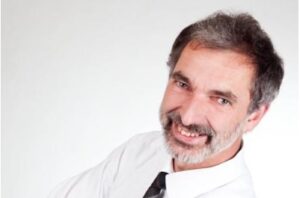 Prof. Dieter Scholz is a professor at the Hochschule für angewandte Wissenschaften (HAW) in Hamburg, where he gives lectures, among other subjects, in the field of aircraft systems.

Over the last years, Prof. Scholz has also done a lot of research into air quality and the causes of air contamination in aircraft cabins. He published several articles in this field, appeared in numerous radio- and TV documentaries (including this ARD documentary) and is a widely appreciated speaker (e.g. during the GCAQE Cabin Air Conference)

On 8 July 2021, French National Health Security Agency ANSES held a hearing about air quality on board of aircraft. Prof. Scholz gave an extensive presentation there: “the Operation of Air Conditioning in Aircraft Cabins and the associated Air Quality“. The presentation provides detailed information about the problems that are inevitably associated with the application of Bleed Air systems, in particular the contamination of breathing air on board with e.g. pyrolysed engine oil residue, hydraulic fluids and de-icing fluids. It’s quite a lengthy read, but more than worth the effort!

In the December 2021 edition of Aerospace Magazine, Prof. Scholz, together with Judith Anderson, published another very interesting article: “Oil Fumes, Flight Safety, and the NTSB“.